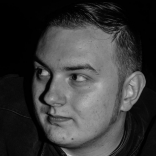 Coming to age with Esperanto

The story of how I learned Esperanto has been told countless times before, whether on the Duolingo Esperanto learners' Facebook group or in the 'Brita Esperantisto'. However, for the uninitiated, here's the story. I was a lost, confused teenager who had no life or social skills and began to learn Esperanto due to a break up and wanting to learn a simple language. Unlike most people who were starting at the same time as me, I was always behind, struggling with my learning. However, I persevered and carried on studying, attending events from NOJEF funding to improve my skills. It became a monthly occurrence, requesting NOJEF funding and travelling to somewhere with-in Great Britain, whether England, Scotland or Wales. My level of Esperanto increased as did my social skills, confidence and life skills.

This all came to a head when during a Lernu Plu, Tim Morley suggested that I come along with him to Slovakia for an international event called SES, and so, Tim Morley, Anna Langley, Ali Mechan and myself began our two day travel across Europe by car to Slovakia. I was scared, I had never left the country, it was little over a year ago that I had even left my tiny Scottish almost-village in Ayrshire to the big city of Manchester, England. I remember getting to the Euro Tunnel and being scared of the 'border police' and experiencing my ears being blocked from a pressurised environment for my first time. Arriving in France and going to a shop, where the other person couldn't speak English, the confusion of this for me and being shocked that we are driving on the 'wrong' side of the road!
The crossing of countries, freely via the Schengen zone, and reaching the autobahn, speeding by at 200km/h! Even being confused by the the 'exit' sign in German, I remember saying, 'wow! All roads seem to run to this place called 'Ausfahrt'.

As we arrived at our stop over point in Germany, staying at a stranger's home was apparently normal to Esperanto speakers, but to me, I was freaked out, I couldn't sleep the whole night! In the morning, we carried on our journey towards Slovakia and when we reached Czechia, I was shocked, they are in Europe, but they don't accept Euros?? There was so much to learn.

SES was an emotional roller coaster, I was so struck with change, my autistic brain just couldn't cope and I wasn't being the best friend I could with everyone, maybe causing a little drama. SES was amazing though, I learnt so much, I was shocked that I could use this language I thought I'd never be able to speak. The problem with this experience was, that the journey was more valuable to me, than the actual event. It was being with friends, actually having friends, talking to people and understanding things, which, I couldn't grasp before.

A few weeks prior to SES, Damon Lord, via Twitter, sent me a link to work in Toulouse in Esperanto. I thought it was cool, but I never could do it! I wasn't good enough. But after talking to my friends and experiencing SES, I thought, hey why not apply to it. So I did. I got my interview with Marion from Esperanto-Kultur-Centro de Tuluzo and I couldn't understand half of what they were saying, the internet was terrible and their computer fan was far too loud. But what did I have to loose, I worked in Tesco (What I lovingly called and still do call, Tescaĉo.) and I hated my job there. So I accepted with little to no knowledge of what I was actually signing up for.

It was going to be hard for me though, it took me my whole life to make friends, and I finally had friends in Manchester, Guilherme Fians, Marco Pedroni, Adam Hall, Martin Rue and others, who were all Esperanto speakers. I was scared to give that all up.  But somehow I knew, this was the right thing for me to do. Before I left however, I went to one last Lernu and little did I know, the surprise I would receive there..

It was the last day of the Lernu. I was ready to leave, Adam Hall was going to drive me back to Manchester. However, at the end, the lovely Ed Robertson, said they had one last announcement. I was confused. This never normally happens, I wonder what is up. He announces that I am going to France in a weeks. That is nice I thought, but then they pull out this bag full of French learning books. I was in awe and the top of it, they played the tear-jerking video from Ian Carter, telling me, how proud of me everyone is and how I've done so well in facing my disabilities and life. I am crying just writing about it now.  I couldn't stop crying, all I thought is, I don't deserve this. I don't deserve this. It was at least £200 worth of French learning material, that all my friends secretly bought me. How they all cared about me. I couldn't deal with it. I just cried and cried and cried. Finally, I felt welcome, I felt loved, I felt as if I fit in. I knew for awhile that I was getting well known, it is a running joke, that I am the 'Fama Sammy Kennedy' (Although, I still do think it is fifama) but that was amazing.

Before I left, I met the amazing James DeVoge who lives in Paris but came to Barlaston for the course. He said he would meet me in Paris to get my connection to Toulouse. I was so happy as I was travelling by train to there, due to my massive fear of flights. My life was going somewhere..

The 24th of September 2018, one year to the date, that my longest term girlfriend cheated on me, that started this catalyst of learning Esperanto, I was moving to Toulouse, I packed my suitcase full of everything I needed. I waved my brother goodbye who guested me in his house during my stay in Manchester and so I jumped on my train to London. In London my suitcase broke!! One wheel out of two down. It was only a £35 XL case from Argos and I did massively over-pack it. I arrived at St. Pancras and I got on the Eurostar to Paris. I met a lovely woman on the train, who spoke to me about how much I'll love Toulouse. When in Paris I met James and we swapped to the train station by Metro! (The first time I was ever underground!)

I boarded the train to Toulouse and while I was on the train, I received an email from who I thought was going to be my landlord, stating, they weren't going to accept me! I had no clue what I was going to do. The lovely Rikardo and Jeanette (Who created Pasporta Servo) guested me until I could find a place to stay.

Toulouse really was the making of me. I had to learn to survive on my own. There was no guidance, there was no support. I learned that everyone had their own life and their own stuff and I couldn't weigh them down with my own problems. I grew up learning that, I had to speak to people about my problems instead of bottling them up, but what I didn't realise was, you can't just talk about nothing but your problems to people. You'll loose friends this way. I made many friends in Toulouse, Elsa, Micheal-Boris, Greta, Flori and Emmanuelle. I became comfortable in my own skin, wearing what I felt comfortable in (Don't judge, kilts are super comfy! Haha)

My greatest inspiration and buddy had to Micheal-Boris, he really is like my brother from another Mother, He is loud like me, he is like marmite like me, and he loves his food like me! We went on many adventures together, across Toulouse, we cycled across the city, across Occitanian countryside, we went hiking and we went for meals and drinks at least 2/3 times a week. I honestly love him with all my heart. And I know he loves me too.

My work colleagues and I went to JES in Germany for new-years, we went by plane and I was scared, I remember being on the plane before take off, having a panic attack, this lovely kind lady sat next to me, asked if I was okay, I said I am so scared of heights, and flying and I never been on a plane before. She just spoke to me calmly and gently about what was going to happen and just about life to calm me down. Her sweet voice relaxed me so much, that I fell asleep on her!! ?

Toulouse helped me learn how to have a work ethic, although I didn't do great for a lot of Toulouse, I was learning, and I feel at the end, all pistons were firing. Toulouse gave me so much experience as a person and this was due to Esperanto. Without Esperanto, I wouldn't be the person who I am today.
Esperanto speakers are a very welcoming bunch, who always wanted to put me on the right path. Becoming of age via Esperanto, certainly was a unique experience, it has shaped my world view and took me from the little country boy to the internationalist that I am today.

From the boy who went to his first Lernu, only knowing how to say Hello and How are you, who was scared of going into shops by himself, cried going on the train for the first time to his first Esperanto event, to the man I am today, who can easily travel via planes, can deal with whatever life throws at him and is finally happy with himself. Esperanto was there every step of the way.

I was in a storm and Esperanto was my ship, but now the skies are clear and any dark clouds in the distance, I am no longer scared of but excited for the future adventures I'll encounter. ?