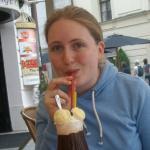 Following suggestions received from members over the course of several years, the trustees of EAB applied to the Charity Commission to revise the charitable object of EAB. The Charity Commission has approved the new wording and so the object of EAB reads now 'To advance education in and about the international language Esperanto and to preserve and promote the culture and heritage of Esperanto for the educational benefit of the general public.'

The original wording didn't have any wording which indicated responsibility for cultural heritage, the over 100 years of Esperanto literature held in the Butler Library, which members and the trustees believe is incumbent on EAB to protect. The new wording removes some superfluous wording which didn't obviously relate to measurable charitable activity.

After considerable research and internal discussion, the trustees presented the revised wording in the AGM of 2017, after which followed a period of consultation with members for one year. Articles inviting feedback from members were published in Update 78 and 79 and the revised wording was subjected to AGM approval in 2018. Of the 53 votes submitted, 43 were FOR, 8 AGAINST and 2 ABSTAINED. The trustees subsequently submitted the proposed wording to the Charity Commission, who have approved and therefore officialised it with immediate effect.