We're delighted to announce that EAB has revised and republished Mil Unuaj Vortoj en Esperanto (First Thousand Words in Esperanto), and it is available in our shop for only £5! 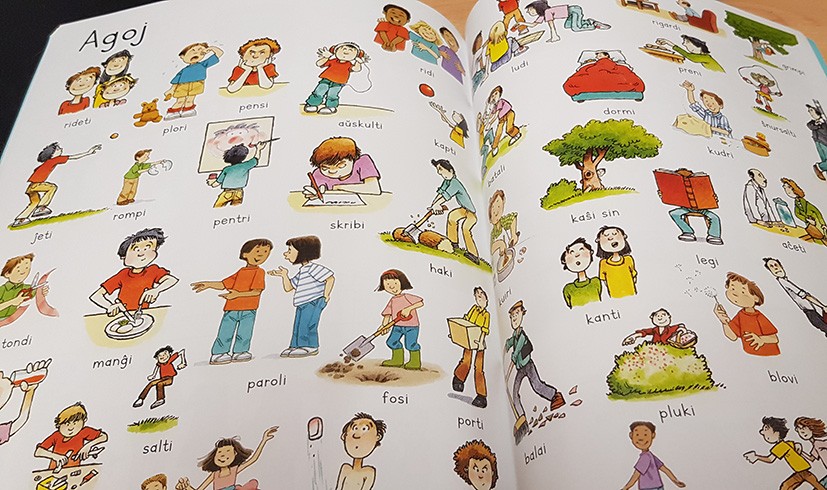 This new version replaces some older vocabulary items (eg audio cassette, video) with newer ones, the appearance of computers and televisions has modernised, and some of the translations have changed from those used in earlier versions.

We chose a clear, distinctive font which is reminiscent of a child's handwriting and calculated to be easy for young children to read.

If you've got the second version (with the red cover), then you will immediately recognise the cover design; we chose to honour the previous version rather than simply translating the text on the very different English cover. 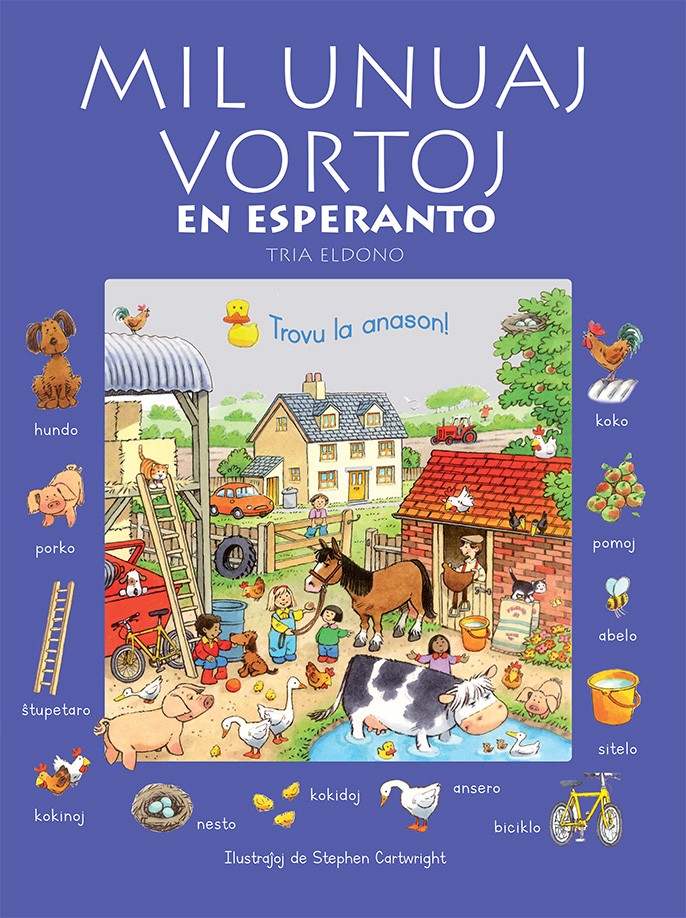 At only five pounds, a steep discount from the retail price of £8, the book is a bargain for children and adult learners alike!